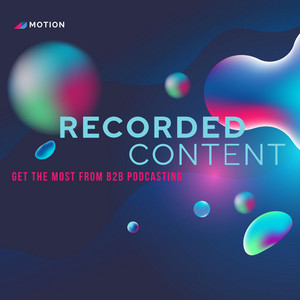 But it wasn’t until the SquadCast team fully understood how video recording could help podcasters that they decided to add it as a product feature, SquadCast Co-founder Zachariah Moreno explains on this episode of Recorded Content.

When thinking of their favorite shows, podcast audiences don’t focus on how the content is delivered — they think of it as a show with “a capital S,” Zach explains.

“An audio podcast is a big part of that show, but the video of that conversation is another way that an audience member may choose to engage with that show,” he adds.

Another thing that compelled the SquadCast team to add video recording: YouTube.

Podcasters are super familiar with distributing content so it will show up in the various apps. The SquadCast team sees YouTube as an extension of adding your podcast feed to Apple, Spotify, Google etc.

In this episode, Zach discusses how SquadCast’s platform has evolved since the company started in 2017, how SquadCast aims to add quality to the remote content production space, as well as when it makes sense to include video in your podcast production process.