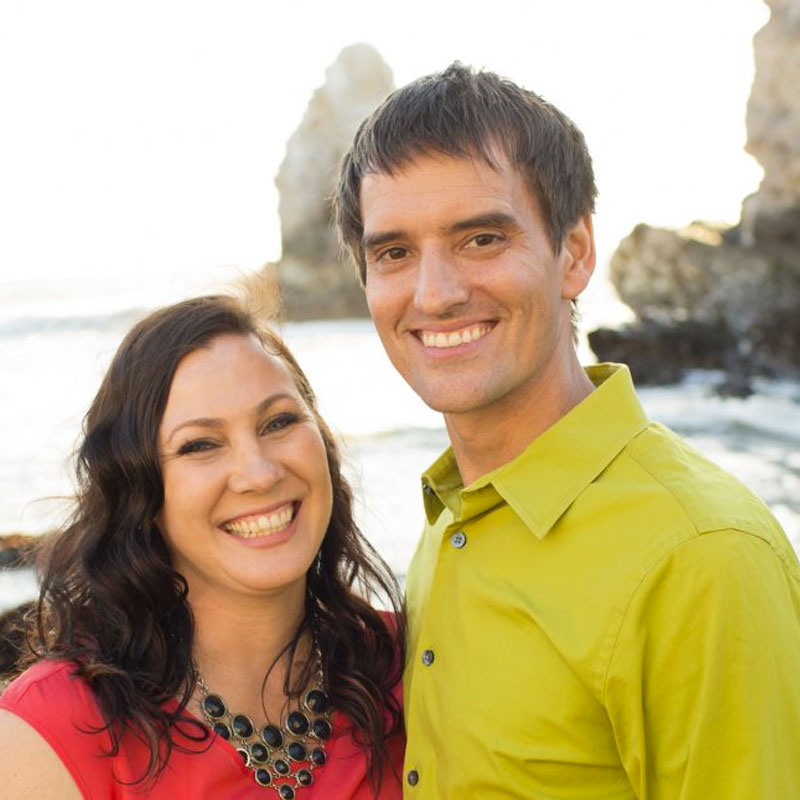 For podcasting power couple Rob and Sherry Walling, podcasting is a family affair.

“If your mom doesn’t have a podcast, that’s weird to [our kids],” Sherry jokes on an episode of Between 2 Mics.

Podcasting runs so deep in the Walling family, in fact, that the kids have a show of their own!

Both Rob and Sherry played a role in introducing podcasts to their family. Sherry — a psychologist, speaker, entrepreneur and author — is the host of the ZenFounder podcast, while Rob — a software developer and career entrepreneur — hosts TinySeed Tales and the Startups For The Rest of Us podcast.

Rob and Sherry’s years of experience launching startups and building communities have been key to their success in podcasting. Read on for more about how they see the overlap between podcasts and entrepreneurship … and what they’ve learned from that overlap!

Get comfortable in your own head

After years of attending events with software developers and entrepreneurs who tended to be more extroverted, Rob welcomed a different vibe in the podcast world. (Yes, he’s an introvert.)

“I think most people we’ve encountered [who are podcasting] — anecdotally, anyway — do seem to be introverts,” Rob says.

The Wallings note that podcasting can be a lonely undertaking, which is why many introverts are so well-suited for it. Introverted or not, though, aspiring podcasters should get comfortable being alone with their own thoughts.

“There’s a level of thoughtfulness that goes along with being comfortable in your own head,” Sherry says. “If you are someone who is podcasting, so much of that material or content is coming from your own head and you have to feel at ease there.”

Protect your energy (it’ll help you grow your pod!)

One of the things Sherry is most passionate about sharing on ZenFounder is the importance of managing your energy. The show is aimed at startup founders seeking support for their mental and emotional health — and Sherry notes that, all too often, founders find themselves so burned out by the rigors of entrepreneurship that they have less to pour into their relationships and personal lives.

The same can be true of podcasting.

“Both with podcasting and starting a business, what is unique is that a lot of your identity is intertwined into those activities,” Sherry says. “It’s not a thing you do. If we’re really honest, it’s much more of a thing that we are.”

Learning to preserve specific energy for your personal life (even if podcasting has become a part of your identity!) will allow you to continue to grow with your pod.

Be cool with criticism

Taking criticism can be challenging under any circumstances, but it can be especially difficult when the product criticized is tied up in your personal identity. If you’re a podcaster or a founder, negative feedback can be really hard to hear.

In both podcasting and entrepreneurship, Rob admits he’s had to “build that skill” of taking criticism.

“That vulnerability, I think some people are really good at handling it naturally, but I don’t think most people are,” he says. “It’s a muscle of feeling that fear of [launching] something that makes me open to criticism and then waiting for it and then dealing with it. It’s a tough skill to build.”

See? Even the pros have to brace themselves for critics.

Scared? Do it anyway

Whether preparing to speak at a startup conference or turning on the mic to record a podcast episode, Rob and Sherry are hardly strangers to nerves and stage fright. Their years of experience have taught them how to, well, get over it.

“There’s that moment, right?” Sherry says. “Where you sit down in front of the mic and you take a breath and you’re like, ‘Something is going to come out of my mouth and I’m just not sure what it’s going to be and if it’s going to be okay.’ In that moment, all kinds of psychological stuff is happening. And in that microsecond, you have to decide to shove it down and act anyway or try anyway or go anyway.”

Sherry has met plenty of podcasters who take that approach — and it’s exactly what she loves about this community. “Every single one of us has that swirl of stuff going on in our head about why we shouldn’t be doing it or why we aren’t good enough to do it. We managed to — for better or for worse — try it anyway. I think that’s the magic of it.”

For more insights on the overlap between podcasting and entrepreneurship, listen to this episode of Between 2 Mics. Be sure to subscribe to get future episodes directly in your preferred podcast player.

Vincent Moreno Jr. is an Audio Engineer, head of SquadCast Support, and avid BBQ'er. He aims to make sure Podcasters can create content smoothly while sounding crystal clear with ease.